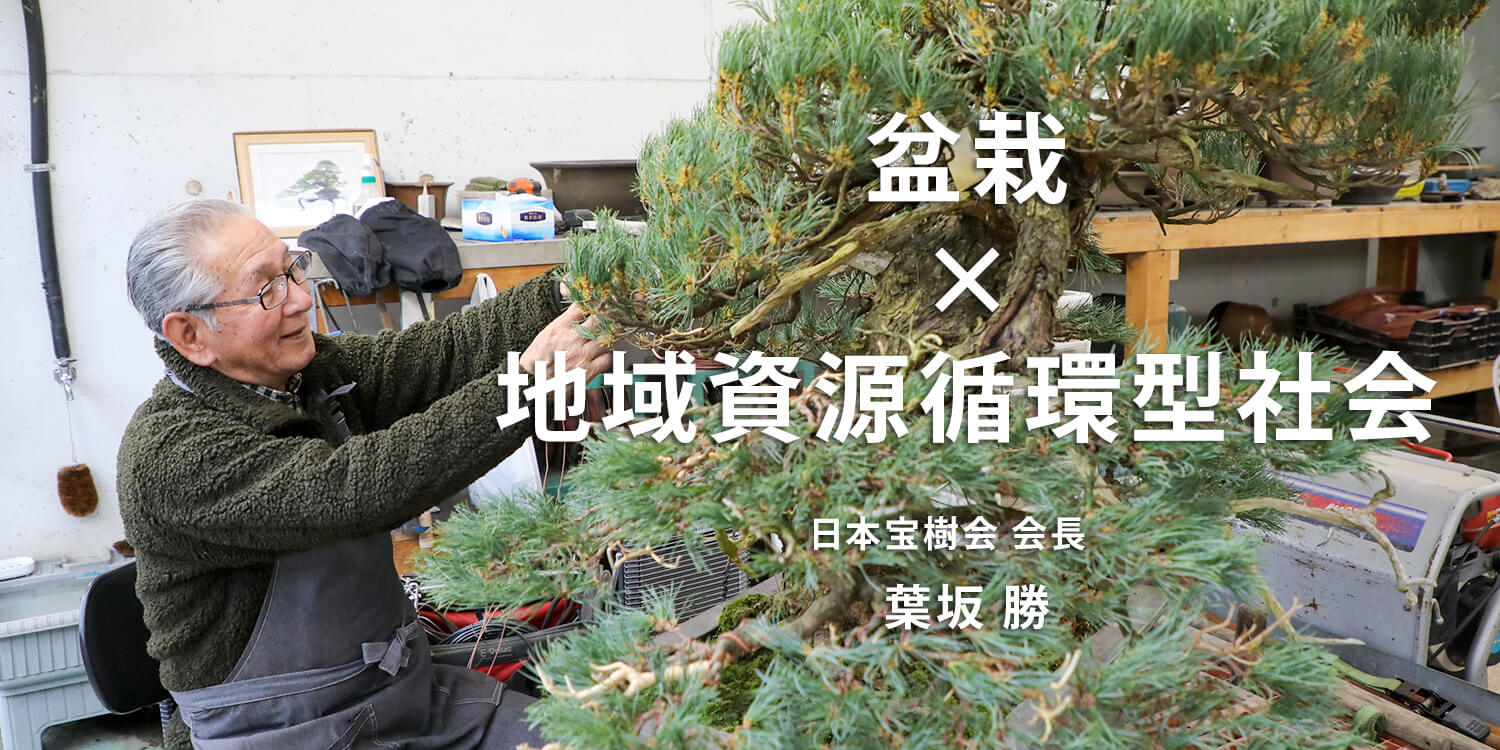 In contemporary Japan, waste matter that could be converted back to soil is incinerated. Mr. Hazaka stresses that this is the reason that Japanese are so sickly. His words sparked inspiration based on the “Way of Bonsai.”

2/2: An outstanding balance of minerals in the “life-giving earth ”

“The produce grown in compost produced by a Hazaka Plant is outstanding in terms of nutrient composition and flavor components, topped by an excellent mineral balance. Mineral deficiency tends to make people irritable. Consuming good food can have a settling effect on us all.”

“Japanese have developed a unique sensibility. It’s not an exaggeration to say that it emerged as a result of consuming food grown in the “life-giving earth” with its excellent mineral balance that creates strong immune systems while fostering deep wisdom and spirited, healthy physiques,” says Mr. Hazaka, explaining his pet theory.

Mr. Hazaka’s first encounter with bonsai was about 50 years ago when he was around 23 years old and began caring for a potted dwarf azalea. This was his entry into the world of bonsai, which he says saved his life.

“At my place, I have a collection of bonsai that were cast aside at one time or another. These bonsai have been alive for hundreds of years. They have survived all this time, but now people don’t want to see them or pay them any attention. Don’t you think that’s a pity? They’ve lived all this time and have now been cast out of human society. I had to do something. Putting myself in their place, one day I suddenly realized I could operate my property for them. The bonsai seemed to smile and talk to me. I became addicted to them, gradually dedicating my heart and soul to them.  “At work, there are happy and sad times. But no matter what happens, I always turn to bonsai. Sometimes when I look at them, I can’t stop crying. They’re probably laughing at me; to them I’m just a kid. Anyway, that’s how it is. I’ve led my life talking to bonsai and having them laugh at me.” 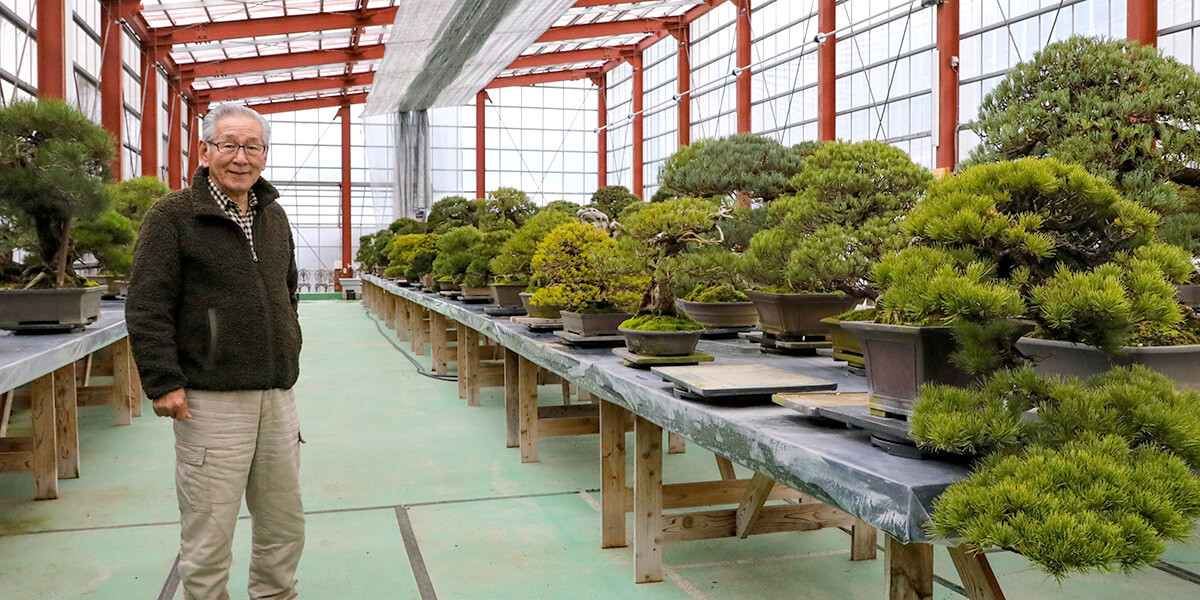 Whatever we return to the soil, we must return properly

Running a company for so long has its ups and downs. Bonsai have always provided emotional support. We asked what kind of bonsai Mr. Hazaka feels soothed by, and what he thinks about when gazing at them.

“I don’t look at bonsai in the way that everyone would think. Whether they’re expensive or cheap, or who they were previously owned by is completely irrelevant. It was fate that they came to me, so as long as they are not treated badly once they go out into the world, that’s all that matters. I just want them to be selected without any prompting when they’re entered in shows like the Kokufu. That’s all.

“Humans can’t compete with bonsai when it comes to the will to survive. Bonsai have such an awesome vitality that stems from nature. Compared to that vitality, humans appear as mere conceited beings. The novel coronavirus has probably been around since long ago. Since everything is burned in incinerators these days, stronger bacteria have disappeared, while the bacteria that harms weak things is spreading.

“Right now, hospitals are overflowing with unwell people. I wonder if they are even able to experience the minimum of a healthy and social life. I fervently hope we can fill the world with the wisdom our Japanese ancestors left to us about returning things to the soil properly and leading a lifestyle of eating mineral-balanced crops from this life-giving earth.” 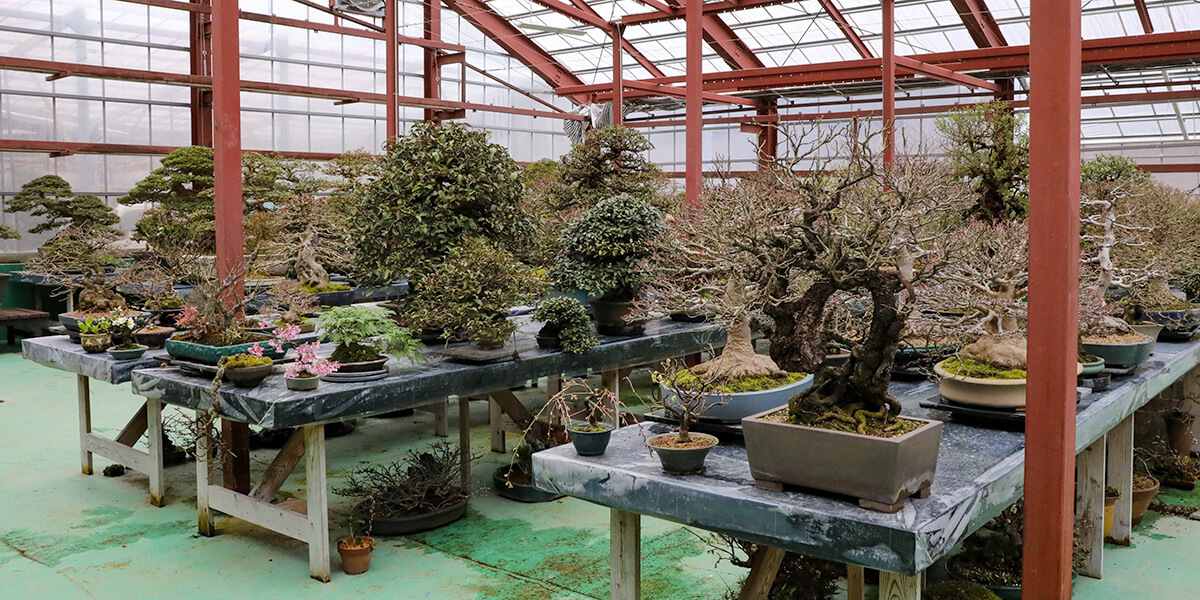 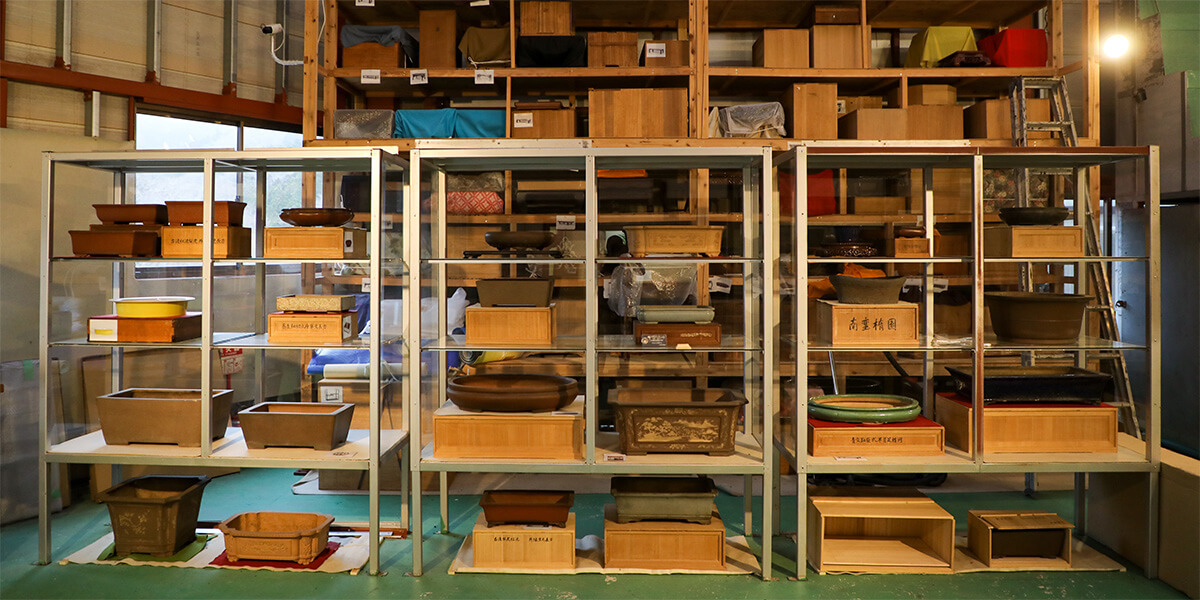 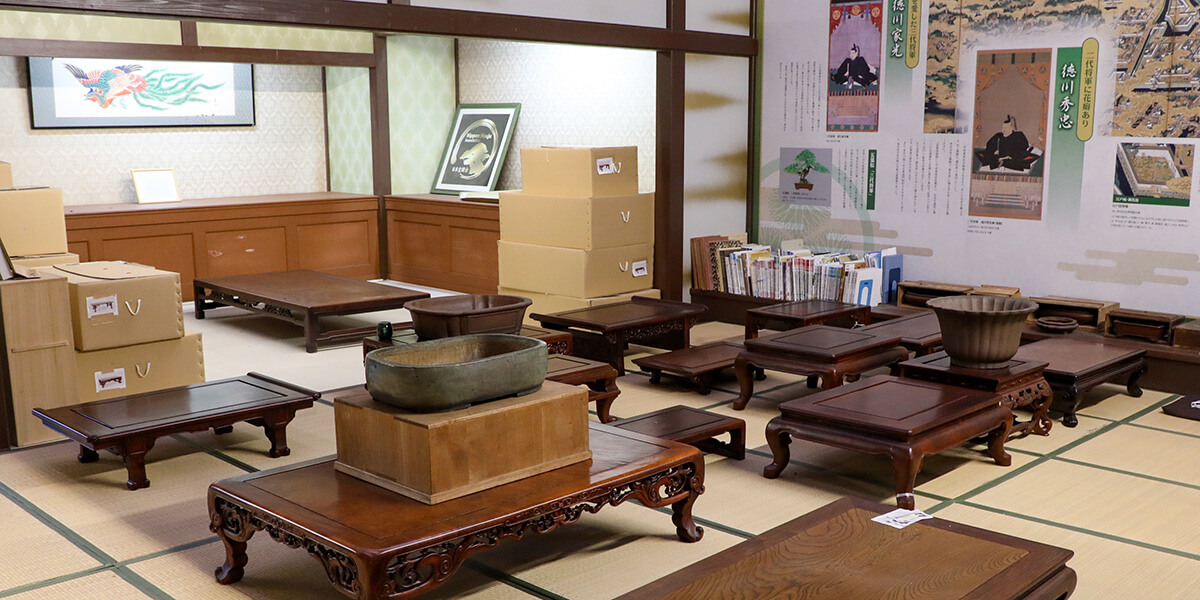 After the interview, I had the opportunity to view Mr. Hazaka’s own bonsai and his collection. Within his large property, two giant hothouses protect bonsai from the cold. Inside are about 500 plants, with a mix of sizes from medium to large. At the time of the interview, scattered snowfalls made it essential for the bonsai to stay under cover, but Mr. Hazaka says he lines them up outside come spring. Apart from the hothouses, there are other buildings including a workroom and a storage room for pots, stands and so on—a scale beyond that which a single person normally handles. Incidentally, the site boasts not only a natural waterfall, but freely roaming peacocks as well.

Shinto, kado (the art of flower arrangement), sado (the way of tea), along with bushido (the code of the samurai), kendo (the way of the sword), judo, kyudo (archery) and so on: Japanese often use the word “do,” meaning the way, art or code. “Bonsaido” (the way of bonsai) does not yet exist as a phrase, but from Mr. Hazaka’s words, one gets the sense of nature and of a strong intention to use bonsai as a medium for spiritual awakening in our lives.

It is about five years since Mr. Hazaka moved to this land. Still today, he reflects on nature’s greatness as he admires his bonsai.

Profile
Hazaka Masaru
Born in Miyagi Prefecture. Developed Hazaka Plant in 1976 and established Kennan Eisei Kogyo as an independent business. In 1981, Kennan Eisei Kogyo Co., Ltd. was incorporated with Hazaka as its CEO. He began working with bonsai around 50 years ago and is also president of the Nihon HoujuKai.

About a month after this interview, we asked to visit Mr. Hazaka again for a final check on this article. The first time we’d visited, it had been a chilly day with light snow falling, but this time the weather was fresh and bright like that of May, and within the grounds, the rhododendron dilatatum were putting on a spectacular show. In front of these pretty, pale purple flowers that colour springtime was placed various evergreen bonsai that had previously been inside the hothouses, now enjoying the sun’s rays.  It was a time when everyone was talking about when a state of emergency would be declared due to the spread of coronavirus, but Mr. Hazaka’s property was like a different world–like paradise on earth.  As Mr. Hazaka cast his eye over the article, he asked whether it would be translated into English, saying “this is exactly what everyone needs right now, so I’d really like you to put it into English and get it out to the world.” The compost (bacteria) processed at Hazaka Plants is not harmful to animals (including humans) and plants, but it breaks down germs and viruses. It may be useful in the fight against the novel coronavirus and work is currently progressing to develop it into a filter for masks. 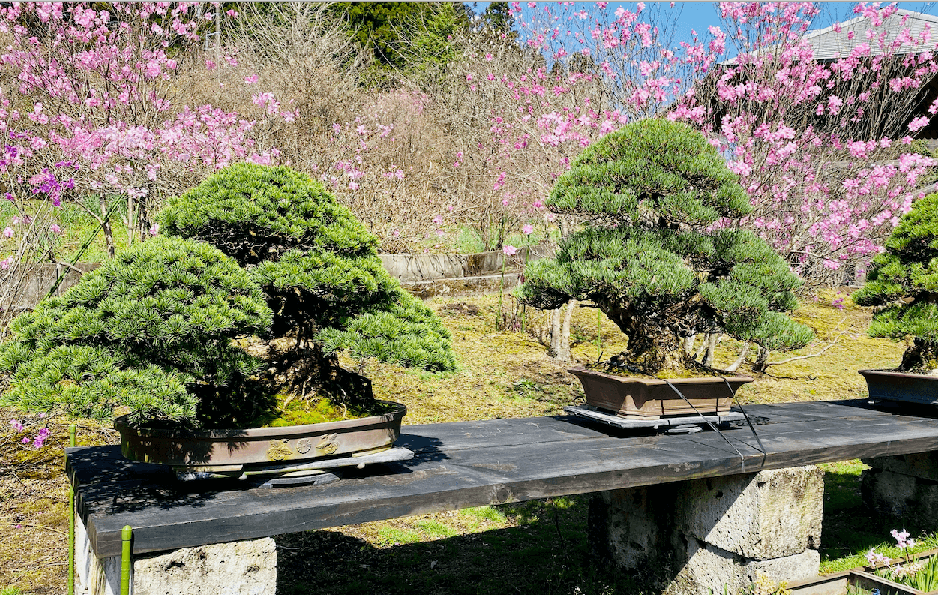 【前の記事】
What is The Providence of Nature?<1/2>
The following two tabs change content below.