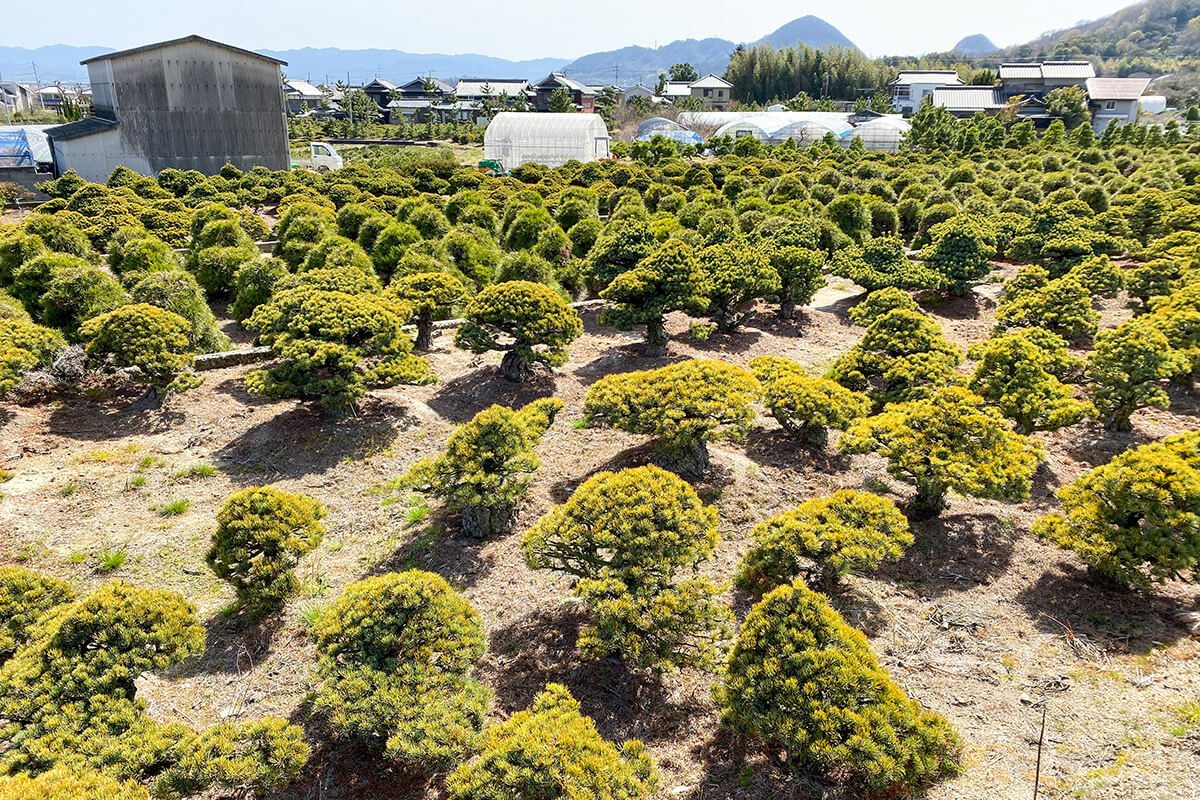 Takamatsu is known as the best pine bonsai production area in Japan. Its history is old, and it is said that it began about 200 years ago during the cultural year of the Edo period. The warm, dry, well-drained sandy loam throughout the four seasons was suitable for growing pine. Matsuda Seishoen sends bonsai from Takamatsu to the world.

Rare presence from Takamatsu to the world, Mitsuo Matsuda

There is no future without solving various issues

Takamatsu Bonsai is divided into the Kinashi and Kokubunji districts, and Matsuda Kiyoshoen is located in the middle of the Kinashi district. The representative, Mitsuo Matsuda, is the fourth generation, and Matsuda is a strong image overseas.

According to the old story, you go on a tour in the Kinashi district and go to Bali. 40-50 years ago. From that time on, you seemed to have a strong desire for overseas sales channels. Also, in the 1960s, when mountain hunting was no longer possible in Japan, they seemed to have gone to buy “Korea is still possible.”

My father did not want to sell abroad, only the person who bought it happened to be a foreigner. I feel like that, and there is no change for customers.

So that’s it. Previously, shipments were mainly for North America, but now they are moving to Taiwan. Over 90% of domestic and overseas shipments are from overseas. By the way, when it comes to overseas business, language and quarantine are likely to be problems.

After graduating from junior high school, I went to Takamatsu National College of Technology. There was a Gulf War while I was at school, and I thought I would be killed if I couldn’t speak English when the war broke out. So, after graduating, I was taking a civil servant examination, but I told my father directly that I wanted to study abroad. The economy was also good. I studied in Manchester, UK. No, but. The winter in Manchester is cold. A big difference from Takamatsu. In addition, I returned to Japan, maybe in December, because it was cloudy every day and I felt sorry. So I transferred to Kagawa University, and after graduation I thought I would become a public servant, but I didn’t seem to make any money, so I told my father, “I’ll do bonsai!”

In this way, Matsuda inherits the family business. I understand that the language is clear, but what about quarantine?

It used to be noisy in the past. For example, depending on the export destination, it would be nice to plant it on the ground. It’s a nematode problem and I’m getting 50cm above the ground. And now you have to put them in a net house for two or three years. Well, you’ll know if you study.

Takamatsu comes from Taiwan and the United States to buy. If you ask other gardens about the export method etc., I will teach you carefully, but after all it seems to be “Troublesome!” That’s why I think Takamatsu is actively exporting bonsai.

Matsuda Kiyoshoen, who has been seeking nature and sales channels abroad, is now feeling a sense of crisis. The things to sell are running out.

Things are running out. High quality goods that can be moved are not so. There are few bonsai like gardening. But I want to earn daily money because my life is hanging. So ship it. So there is no time to manufacture. Isn’t production at 10% of its peak? We have to arrange a manufacturing cycle while shipping immediately.

In Takamatsu, the place where pine trees are grown is called “tanbo”. “Tanbo” refers to a rice field. They grow pine trees in fallow fields. It is said that the season is filled with water so that it can be exhausted overnight. For that purpose, fallow rice fields with waterways are convenient. Matsuda’s tanbo have been planted with 70- and 80-year-old pine. Of course, I still plant seedlings and seedlings. Still not enough.

You have to change the mechanism of the bonsai world. Many bonsaiers are merchants and technicians. In the world of painting, drawing by yourself and selling yourself is at the lower level. The painter draws seriously, and the painter sells it. Isn’t such a mechanism necessary for the bonsai world?

Business methods also need to be changed. It’s not just buying and selling, but also creating a mechanism to earn advertising fees on YouTube, selling time, that is, rental bonsai. If you don’t actively do that, you’ll taper off. You have to make an industry where the younger generation is a living. Bonsai world. 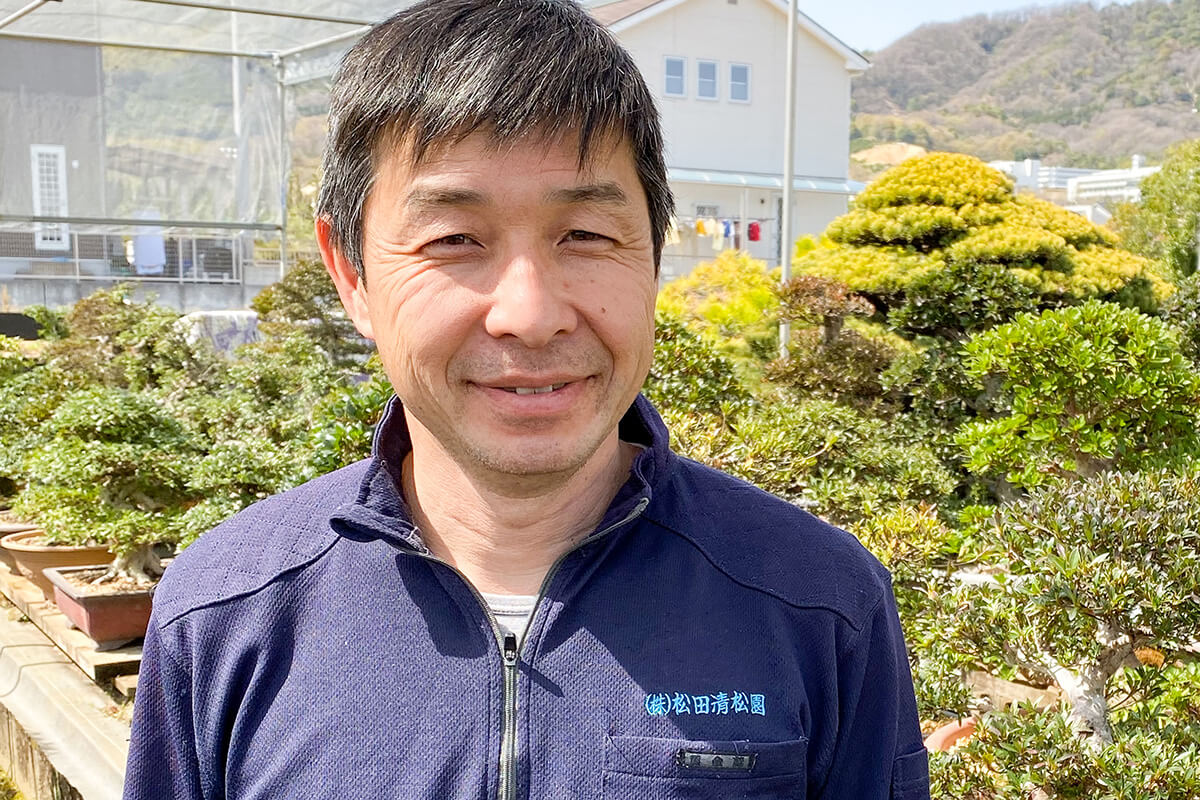 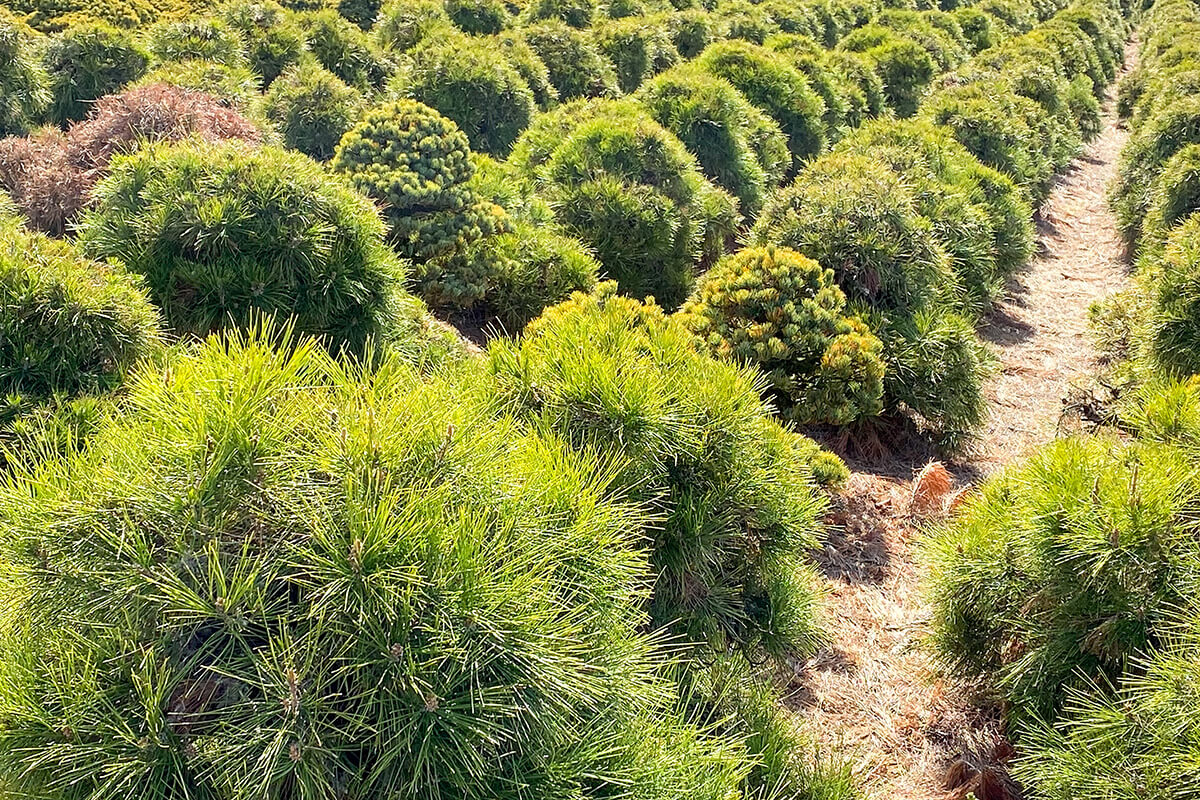