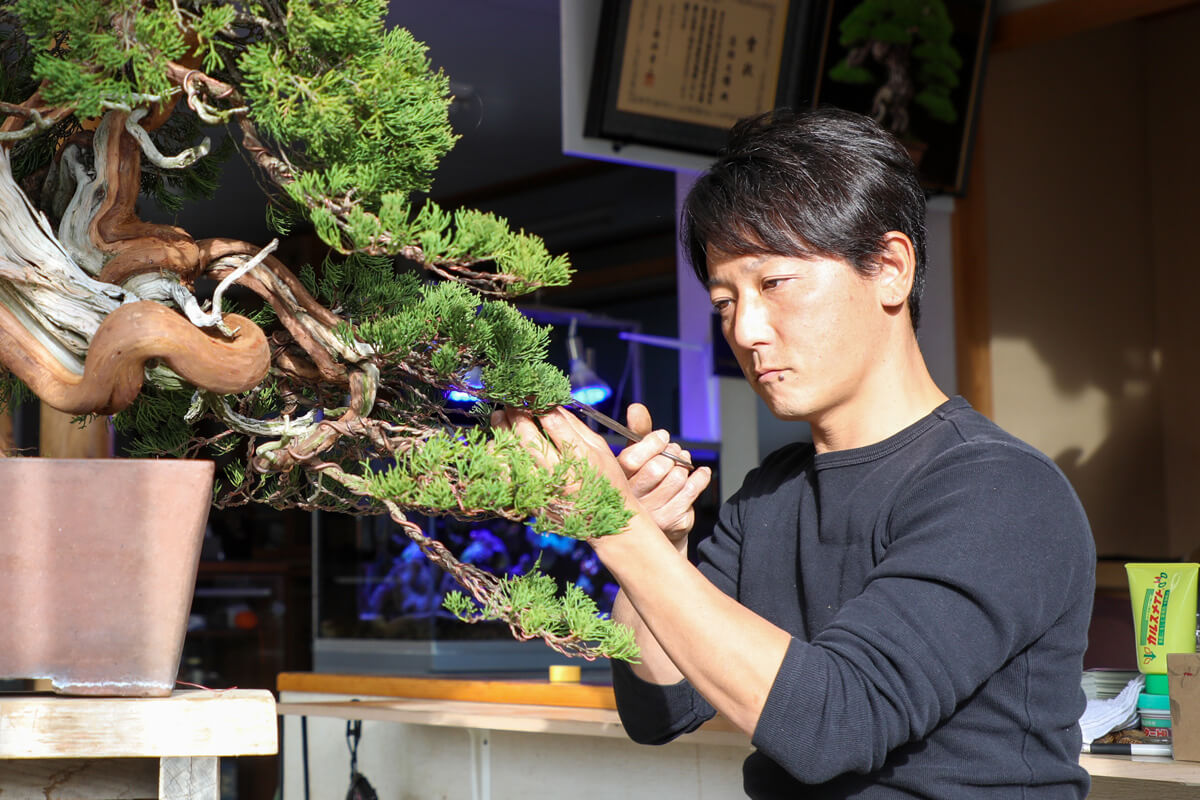 Led by Nobuichi Urushihata, a well-established ministry in the world of small goods, his father is Mr. Masayoshi Kimura, a master of the bonsai world. He talked to his father, his apprentices and sometimes foreign trainees at Taishoen.

The motto is not to treat, All rounder Taiga Urushihata

Taiga Urushihata, born as the youngest of three brothers, has been in the bonsai world for about 20 years. Actually, he has a strange background.

When I was thinking of going to high school after graduating from junior high school, my father told me, “Would you like to go to China?” My father had a deal with China, so he was introduced to the school. … So I couldn’t study, and I wonder if it would be nice to start over in China… I went to China at the age of 15.

Over there, I lived in a university dormitory. So you went on a trip to Southeast Asia. Then, it cannot be understood only in Chinese. I thought I should go where English is the mainstream and I need to speak English. So I flew to Canada.

It’s a little surprising that she talked about her, but left her parents at the age of 15 and lived abroad alone. About two years later, from China to Canada, he was worried about the future. Should I stay in Canada and master English and aim for an interpreter? Then …

My father said, “I know where to go.” I didn’t think I would enter the bonsai world, but I didn’t want to be an interpreter, and I didn’t want to lose what my father built. The master was Mr.Kimura, but he is a well-known person in the world, and the opportunity to learn from the best people is not so in other industries. So I got hungry. 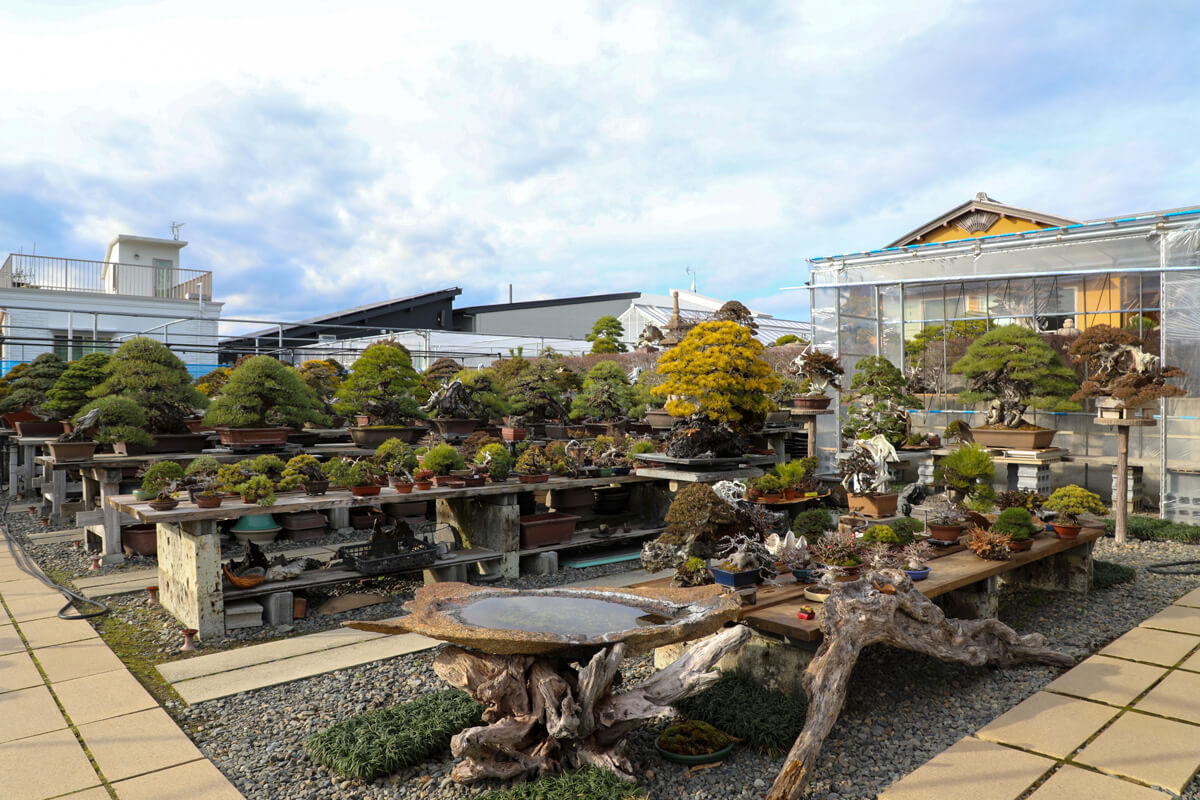 At the age of 26, after six years of training with Mr.Kimura and five years of service and a year of religious service, Taiga-san returned to Taishoen. It is said that work is divided between parent and child at work.

My father teaches trainees from abroad. From professionals who work on bonsai overseas to hobbyists. The period is from one week to three months. Until now, more than 100 people have accepted it.

I work not only on large items, but also on creation, adaptation, and even beans bonsai. I don’t think there is any difference between small, medium and large bonsai, so I will do anything. Maybe there are only a few people who are all-round like me. It is a skill that can be done only because you have Kimura as your master and your father is there. I think you are living a truly blessed life.

If you visit such a mossy garden, you will be surprised at the store’s position. Many bonsai gardens are surrounded by fences and have a slightly high threshold, but Taishoen is the opposite. The fence near the entrance is clear and see-through, and the displayed bonsai will welcome you. This open bonsai orchard is not so large even though it is wide in Japan. In fact, the number of customers who visit after the renewal has increased.
Taiga says there is no future for the bonsai world without increasing the number of enthusiasts and expanding its base. The sensibility of maintaining an open mind while preserving tradition may have been nurtured abroad when he was a teenager. 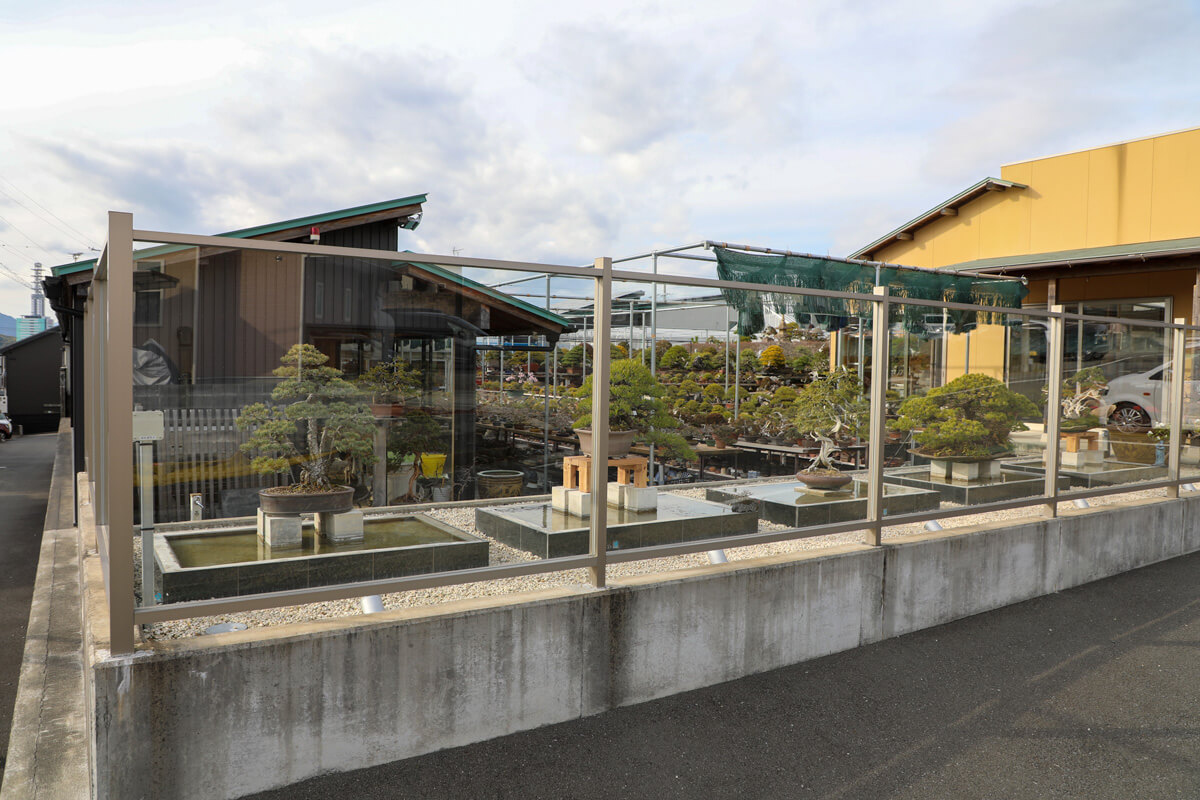