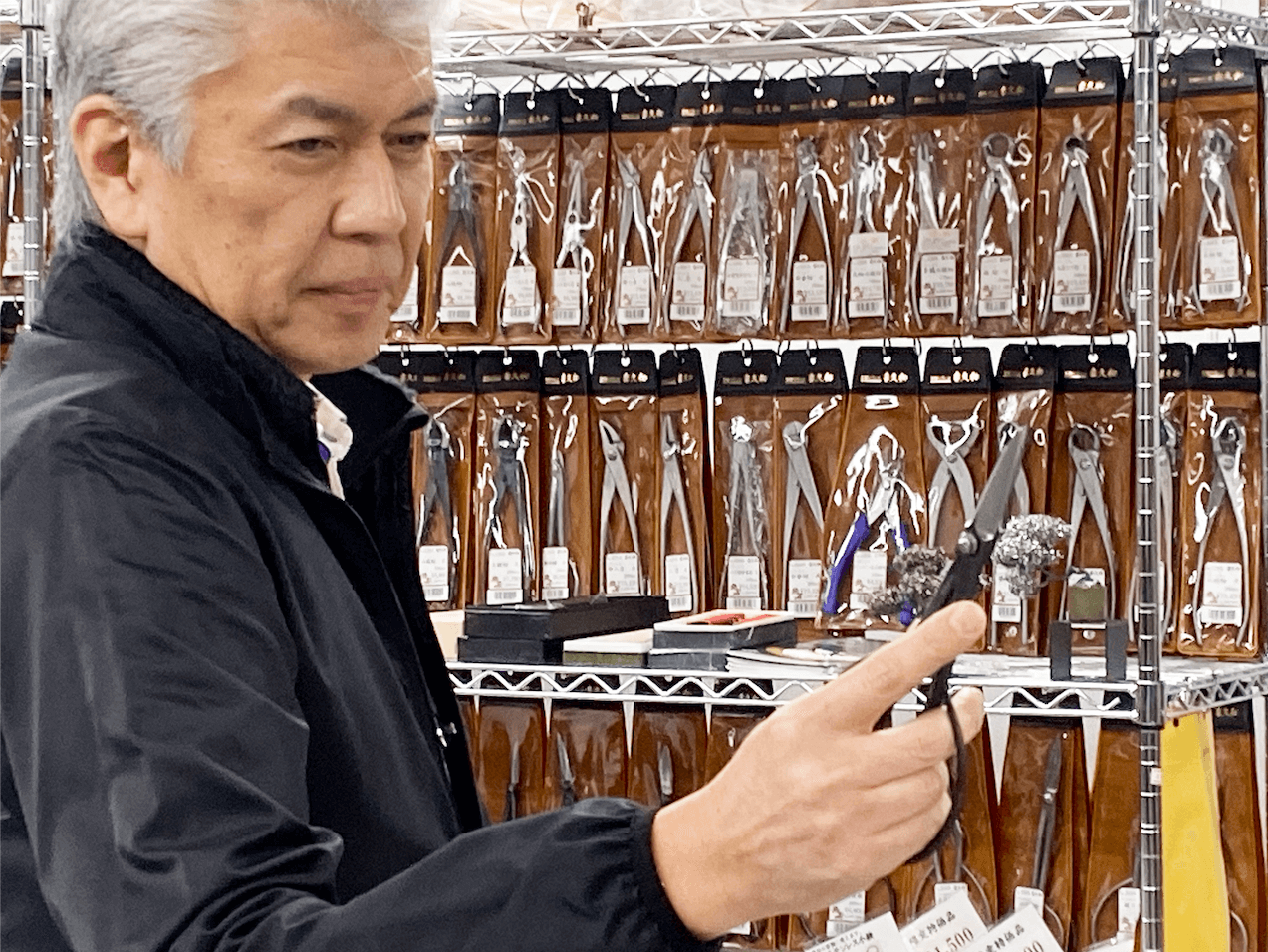 Today, Sanjo City, Niigata Prefecture has developed as a metal industry city. The history is old, and Seiya Otani, who had been a castle in Sanjo for three years since Kanei 2 (1625) for three years, invited a nailsmith from Edo to rescue a farmer suffering from river flooding. It is said that he started teaching and encouraging the production of Japanese nails as a side job. “Kikuwa Co., Ltd.” in Sanjo City has been selling hardware and tools for two generations.

My father first heard that he started with carpentry tools. After the Great Kanto Earthquake, an architectural boom began and the demand for carpentry tools suddenly increased. However, over time, the wave of electrification surged and old-fashioned carpentry tools became obsolete.

The next thing I noticed was gardening tools. Did you know that Satsuki was a boom in the 1970s? I was able to cut off with gardening tools for a while, but the oil shock brought it down. After that, when the bubble burst, gardening became a boom, and it got better for a while, but a number of companies entered the market, and imported goods were also circulated, and it was scrapped and ruined.

According to the story, Kikuwa seems to be ragged, but he was particular about local merchandise and continued to meet the needs of the times. Currently, the mainstay is bonsai tools. 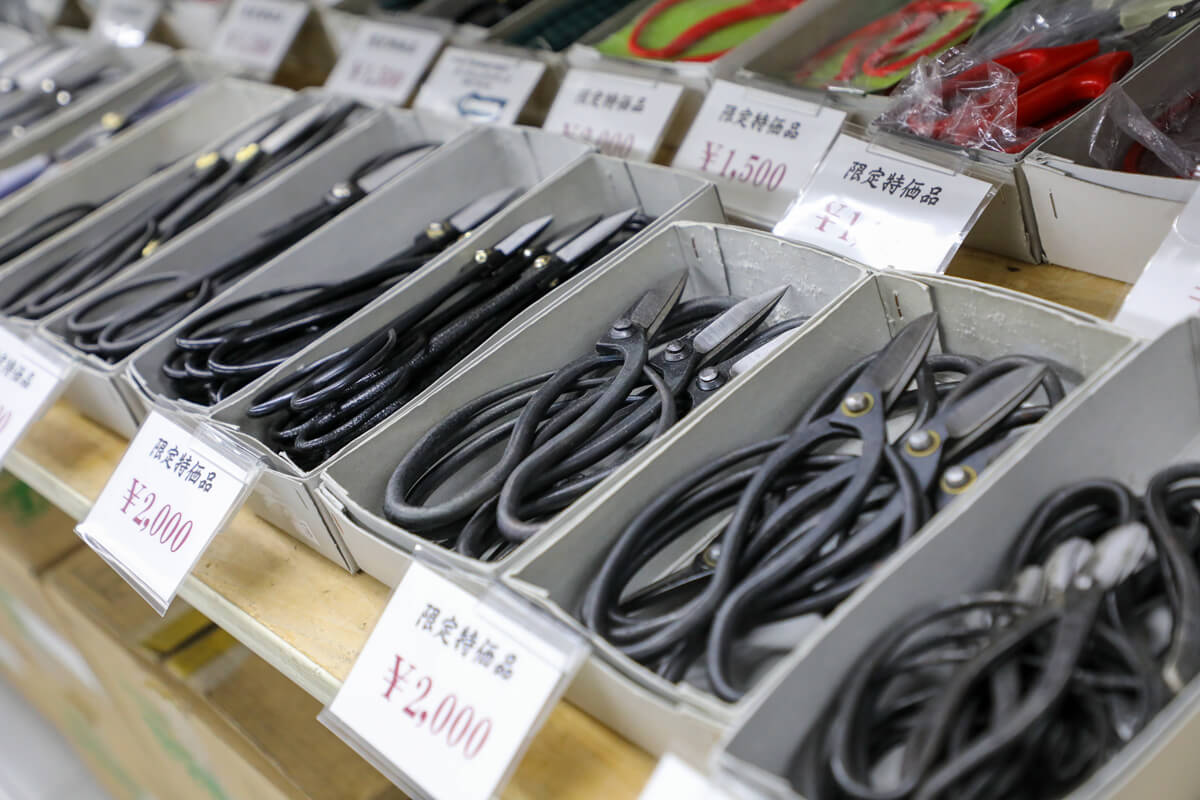 Kikuwa’s bonsai tools are very famous, and he now hears many inquiries from overseas as well as in Japan.

Previously, it was sold to Europe and the United States through a trading company. Now that the Internet is widespread, you send it directly to China.

Kikuwa has a worldwide business, but what kind of bonsai tools are selling well?

Bonsai sets come out well. For example, the five-piece set of “foot-length bonsai scissors”, “maeda cutting”, “wire cutting”, “hand hitting eight beds” and “tweezers” is a standard. The higher priced set comes out. After all, there is a strong desire to want good things and to care for them with good things.

Price difference, the difference? Nowadays, the number of craftsmen who can make it has been reduced, but handmade tools are expensive, but they are still wonderful. First of all, scissors are used differently from kitchen knives, so if the hardness of the right and left blades is different, it will cause trouble. Right and left, the same hardness is essential. Of course, because they are mating blades, it is difficult to match them. However, the bonsai tools made by craftsmen are not so different from mass-produced products, but the sharpness lasts surprisingly. It is even easier to sharpen. The price difference is about 5 times different depending on the thing.

Nevertheless, if you look at the display shelves, you will find a huge number of bonsai tools. Are there more types of bonsai tools than before?Are there any tools that will rise and fall with the times? 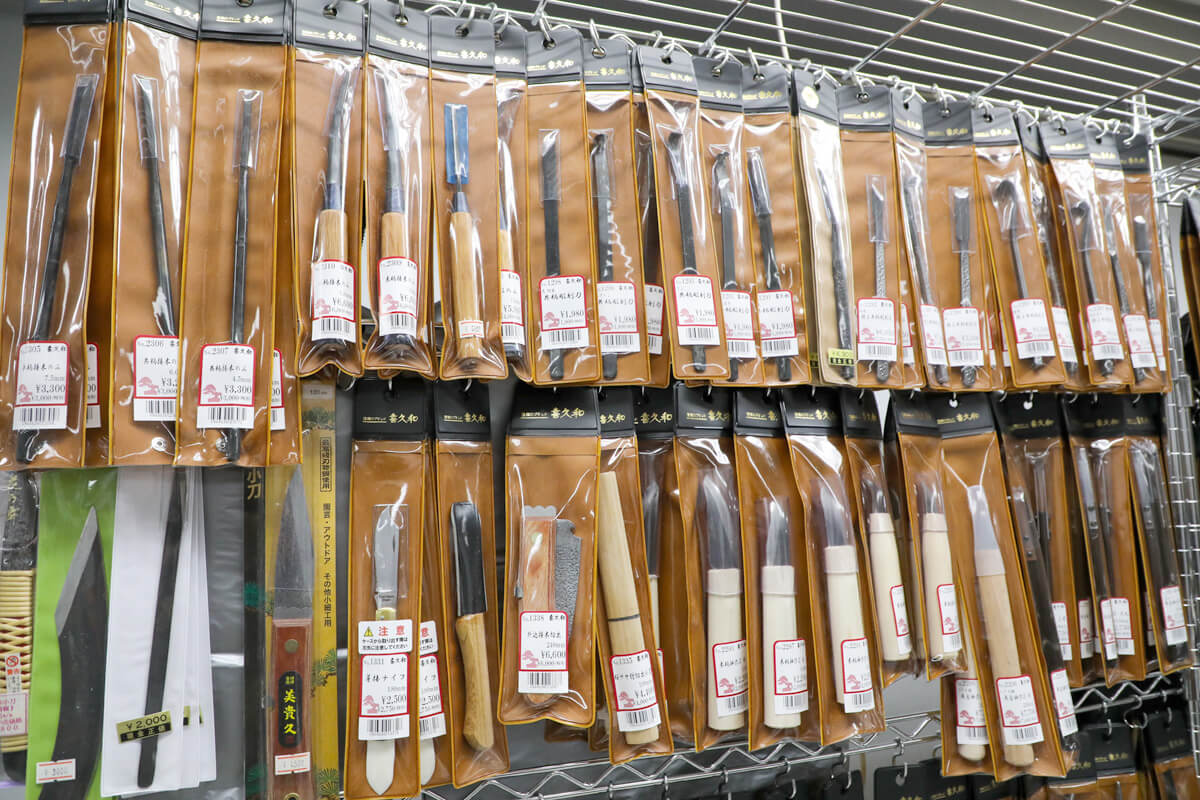 There were many types of tools in the past. Although it has been reduced by selection, there are tools that we can revive.
Right now, Shinbashi Bonsai is popular. In order to express Jin Shari, sometimes a chisel is often used as a tool for shaving the bark.

Kikuwa is a wholesaler, but since the knife manufacturer does not stock it, he basically buys all the finished tools and stocks them himself. It is also currently retailing, so enthusiasts can buy it directly. 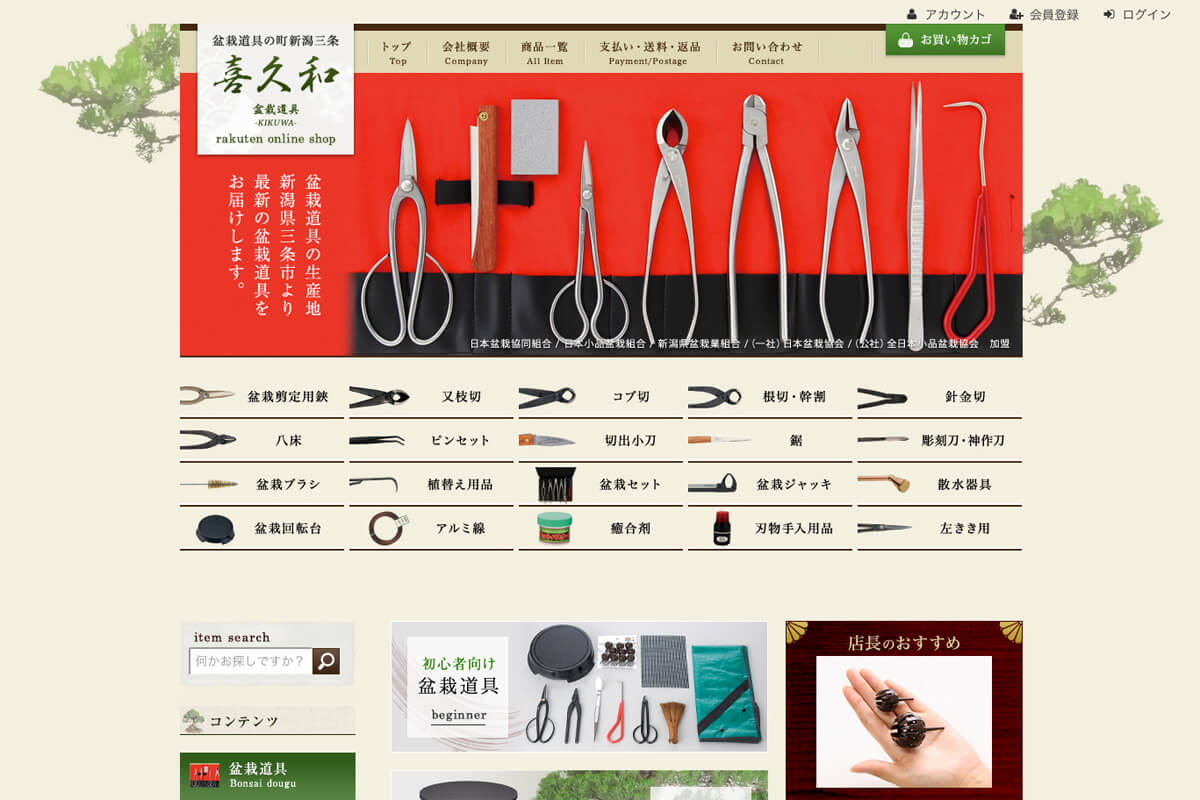 It can be purchased from the website.
Purchase (outside site)
【前の記事】
Manseien【次の記事】
Fujikawa Hoseien
The following two tabs change content below.