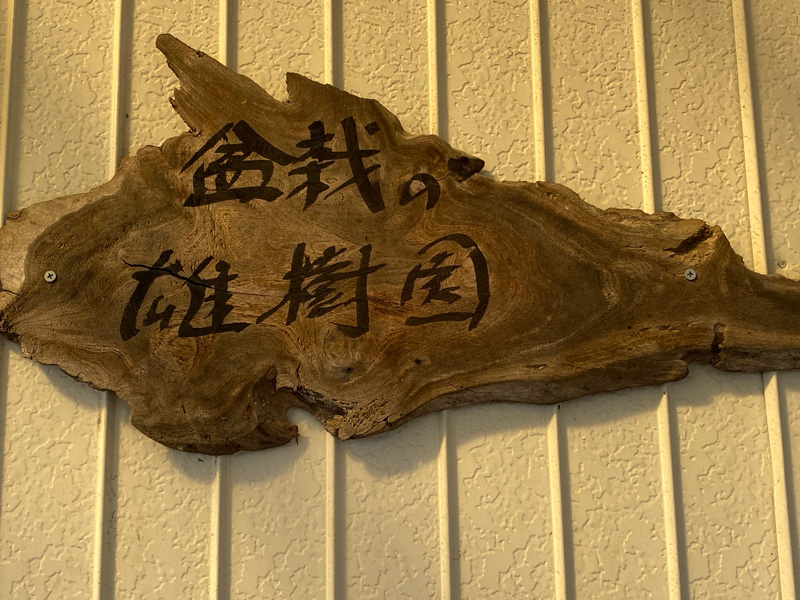 Maebashi City, Gunma Prefecture is located at the northwestern end of the Kanto Plain, at the southern foot of Mount Akagi. Famous for its cold and harsh natural environment and poor land, famous for its “Akaki Oroshi”, it has long flourished in the sericulture and silk fiber industries. It is said that there is a bonsai pioneer of Gunma in Maebashi City, Gunma Prefecture, which is loved by many people because of his personality. In a time when there was no information at all, he made pipes with Omiya and Tokyo on his own, repeated many experiments, and accumulated know-how. Not only did the person lead the bonsai world of Gunma, but he was also the shadow of the world bonsai exhibition that led from bonsai to the world’s bonsai !? 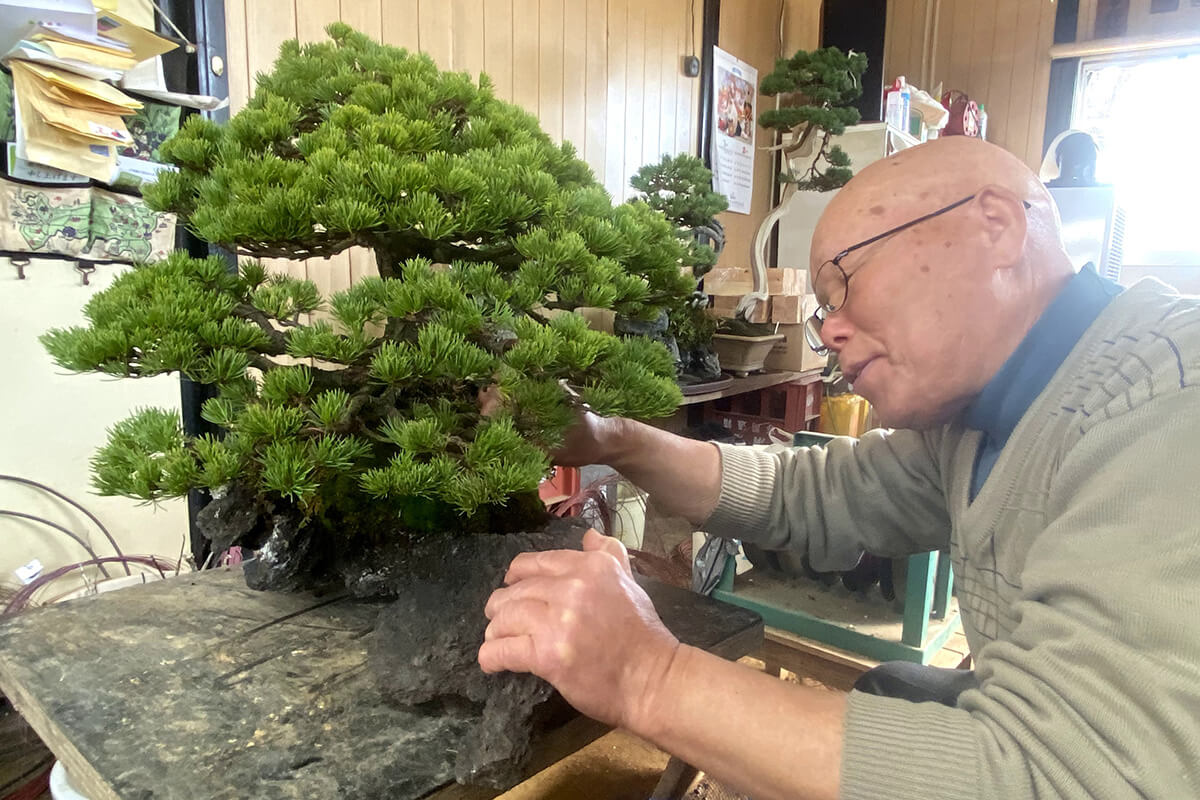 “A lot of Joshu’s specialties, Mother’s world and garbage, Oops still have a long armpit.” This famous line is the beginning of Namikyoku, which talks about Tadashi Kunisada. Gunma, famous for its Tomioka Silk Mill, has been developing sericulture since ancient times. Sericulture and weaving were delicate and diligent, and were mainly women’s jobs, and women seemed to earn much more than men. On the other hand, while boasting a wife who works hard, there were also gambling places in the post town, so men often liked bakuchi? Apparently, in the past, the sovereignty of the family’s economic power was reversed and women were more likely, and the gap between the strong and serious Joshu woman and the man was ridiculed by other prefectures as “ Kakaa Tenka ” and widely known. It seems to be. It is a word that came from the prefectural nature of the Joshu people, which is hot in summer, cold in winter and dry with little rain, and is characterized by the characteristics of the region where history has grown. The introduction has become slightly longer. Slightly deviated, so let’s wrap it up and straighten it back to the subject.

The last person to play with

It’s a bonsai, that’s why people who play, cheating, drinking, gambling, and sang play get to the end (laughs). て も Even if your body is broken, you can do it until you die. I think it’s good for your health. After all, I don’t think anything when I’m playing with bonsai. I can be immersed. It’s nothing because I concentrate on the things in front of me. It is a world of nothingness. I learned a lot and I was saved a lot. (Bonsai) If I didn’t do it, I guess I wouldn’t do anything. It’s good to have friends. The world spreads out with only one bonsai, it’s really incredible. Like any other hobby. Well, I guess bonsai is a “road” with tea and flowers. 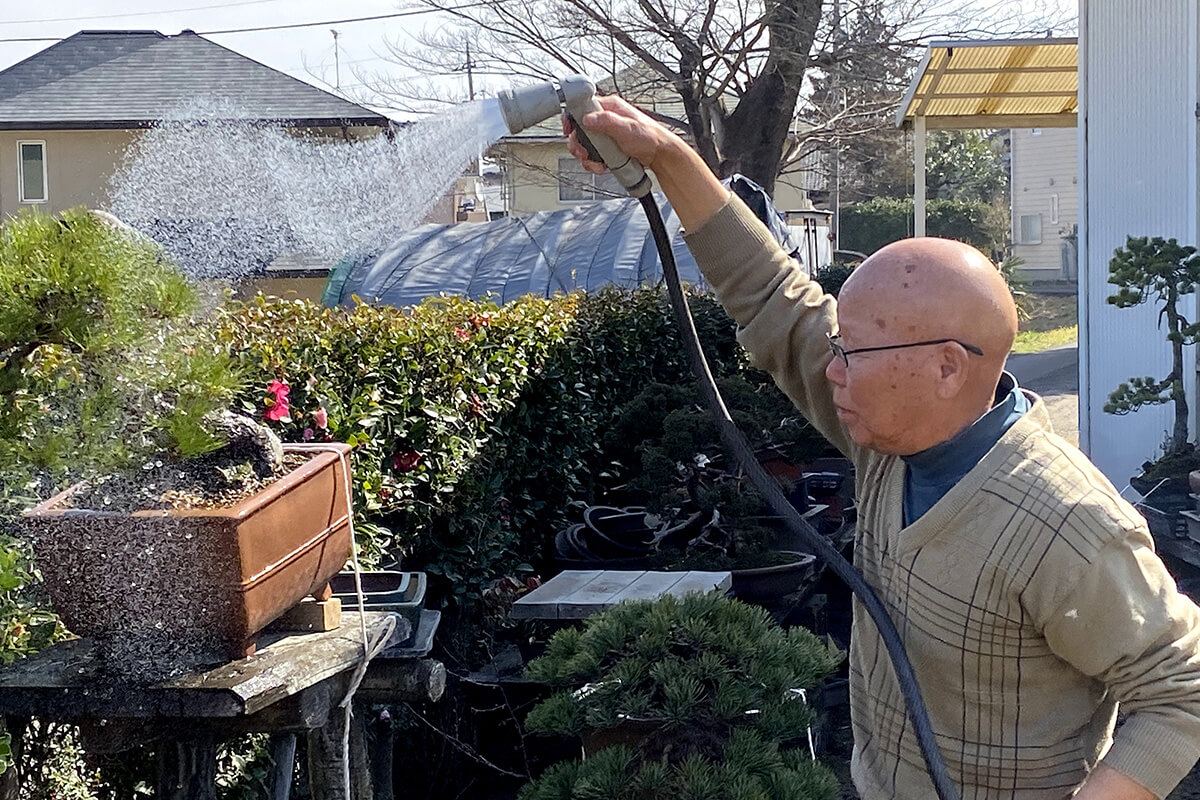 It is Hideo Ishii, an orchard owner, who talks innocently like a boy. Born as the second son of a landscaping business father, he changed his career from a major manufacturer and entered the world of bonsai for about 40 years. Nowadays, he is an all-rounder who is familiar with almost everything, from small items to medium items and large items. I joined the union early on and learned a lot from the great seniors, called the lords. Notice that despite your own dominance in the industry, there is no point in getting great. Honest, full of humanity, rich in chivalry, cheerful and optimistic. Because of such personality, people of all ages are gathering around Mr. Ishii constantly, and smiles are overflowing. I asked such a person what he thought everyday. 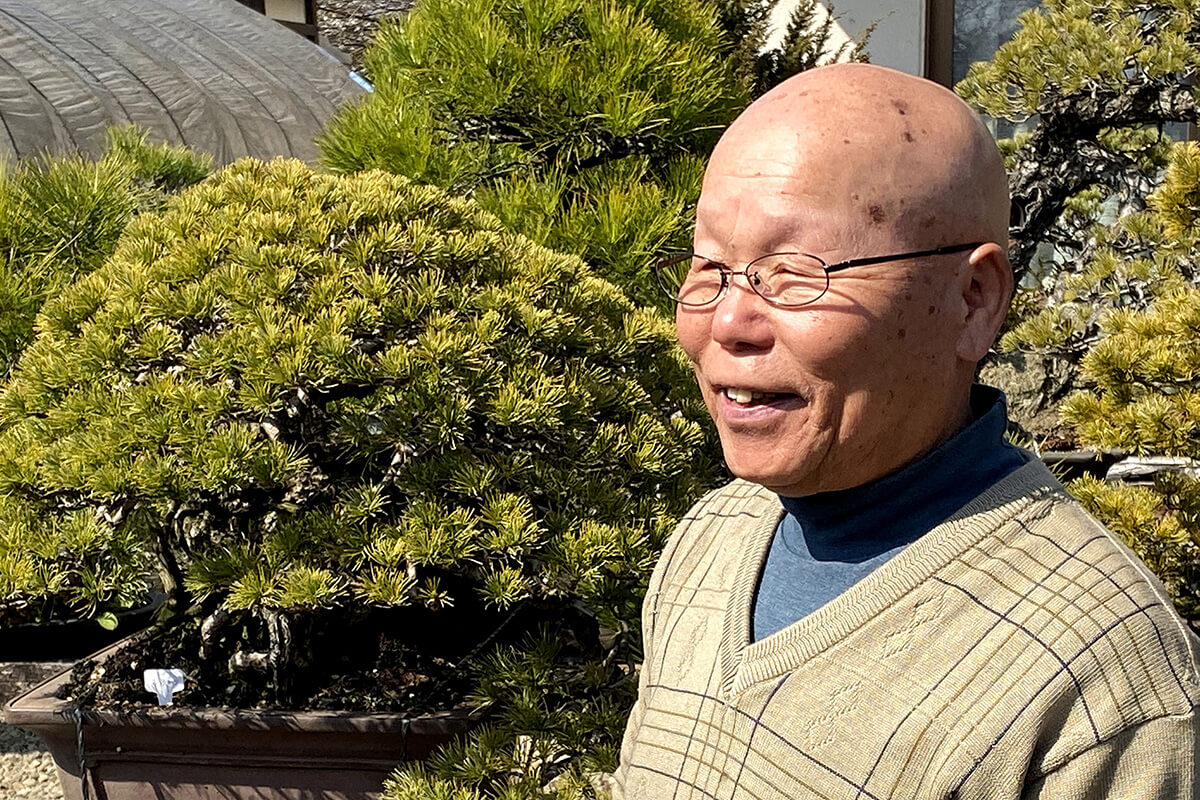 How do you feel about Japan BONSAI’s efforts?

I need it. Absolutely necessary. the Internet? Youtube? To be honest, I don’t really understand new things. I want them to be actively involved and get information out. Because we can’t, we’re young people who can. I agree so much that I want you to work hard to beat the rest of the world. I can send it to the world. It is early days, but I have to read ahead and do anything.

What advice do you give to young people and beginners?

Bonsai is a lot more fun. Actually. For example, a young couple is in the classroom saying, “I want you to teach bonsai,” but my advice is “sashime because I’m young.” For example, suppose they have children. At that time, it sprouts. When the child grows up, 20 years later, it’s a great tree. After 20 years, it will be a great tree, even miscellaneous trees and Shohaku can be sold. This is important. In time. Because it’s in time

Yeah, “stabs” and “seedlings.” You have to do that.
It’s not real because we’ve just left the tree abroad. Absent. Material.
The thing which the predecessor made is sold and it is over. There are many people.
This is a great thing. Really. Yup. (Sighing)
Therefore, I want everyone to do “make”. definitely.
When the branches are cut, stab and melt the fruit. I’m telling everyone to start with that. So after 5 years it will be a certain amount. After 10 years it has become a great thing. The reality is that no one is doing it right now. There are many buyers in the industry from right to left. Making it takes 10 or 20 years. So I really want to increase the number of creators. I want you to increase.

That’s it! If you stab at a young age, 10 years is very fast. In my thirties I work hard, raise my child, and when it’s time to calm down, it’s over 50. 50 is almost 20 years. So start when you are young. It ’s not a waste. I want everyone to do it. Not for myself, but for the next generation, for the world, in time. I want you to do it without giving up on making it. Not so many. I have to do whatever … 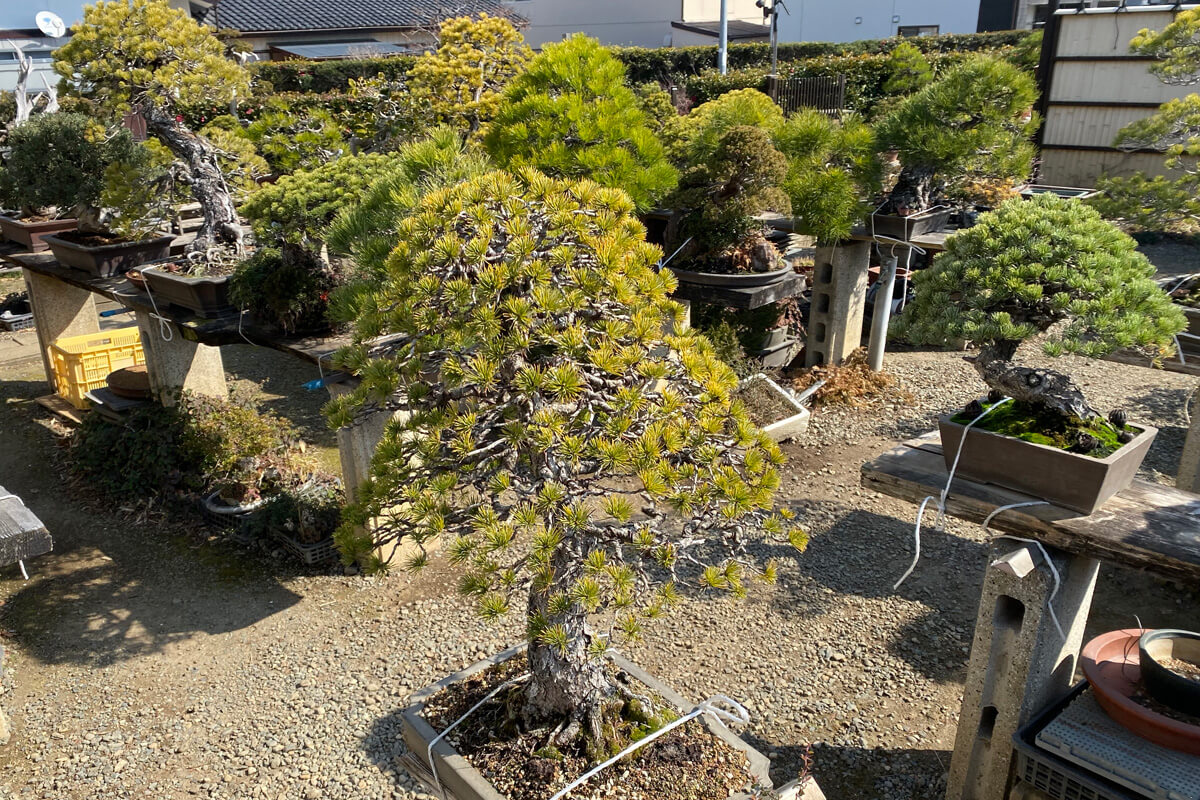